Suzuki will have a strong presence on two and four wheel machines at the Weston Beach Race this weekend (19 – 21 October) with the MX1 championship winning RM-Z450 and younger sibling RM-Z250 off-road motorcycles, as well as the all new KingQuad ATV.

Former World Enduro Champion and seven-time Weston Beach Race winner, David Knight, will be piloting the class-leading Suzuki RM-Z450 in the MX class on the Sunday but also racing the all new Suzuki KingQuad 750 utility ATV on the Saturday.

Suzuki’s RM-Z450 is no stranger to success. It won this year’s British MX1 championship last weekend in the hands of Lombard Express Suzuki’s Evgeny Bobryshev and has claimed the last four Arenacross titles, thanks to Thomas Ramette - who won three consecutively from 2015 to 2017 - and Cedric Soubeyras, who took this year’s crown. It also won the 2013 Weston Beach Race with Graeme Irwin.

Boasting an all new chassis and engine for 2018 - designed for radical weight-loss, improved handling and a boost in power across the rev-range - plus the latest generation Suzuki Holeshot Assist system, Knight’s RM-Z450 will be prepared by SR75 World Team Suzuki. The team will also field its development programme riders at the Weston Beach Race on the smaller capacity RM-Z250, with Howard Wainwright and Callum Mitchell. It will be the last outing for the current MX2 machine, which is being superseded for 2019 by an all-new model which includes a new chassis and more powerful engine. The last remaining 2018 model RM-Z250s and 450s are currently available with £1,200 off the RRP, while stocks last.

Refinements have also been made to the engine to continue Suzuki’s reputation for high levels of performance and reliability during all types of riding. The engine’s performance characteristics have been updated to deliver even smoother and stronger acceleration from standstill. Furthermore, on the KingQuad 750 model, engine durability has been improved by increasing oil pump output by 25% and adding a piston oil jet, which enable better cooling of the piston and increased lubrication – meaning the new KingQuads can work harder for longer.

Initial stock of the new KingQuads has sold out due to their immense popularity in the agricultural sector. However, Suzuki Dealer Mike Pryce Machinery, based in Powys, secured the ATV for David Knight to ride as a privateer entry in the race.

Knight said ahead of the weekend’s racing, “I’m very happy to be riding for SR75 World Team Suzuki team at the Weston Beach Race. I tested the all-new 2018 RM-Z450 machine and knew it was the right bike to tackle the job straight away which is very rare for me. I love the chassis and the motor as it’s a very easy bike to ride which is the most important thing for me along with reliability, because Weston isn’t kind.

I am also looking forward to riding the new Suzuki KingQuad because, as mentioned, reliability is the key for Weston Beach race. That’s why I’ve chosen Suzuki, a great solid reliable machine that will let me concentrate on racing and not worry about mechanical issues.

I’ve known Geoff [Walker - team manager] for years and, like myself, he leaves no stone unturned and runs a great team with amazing support from the crew at Suzuki GB and – most of all – he makes it fun which is what I really need out of a team, so I can’t wait”.

Keep up to date with all the action from the Weston Beach Race on Suzuki’s Facebook and Twitter, and for more information on Suzuki’s motocross range, click here. 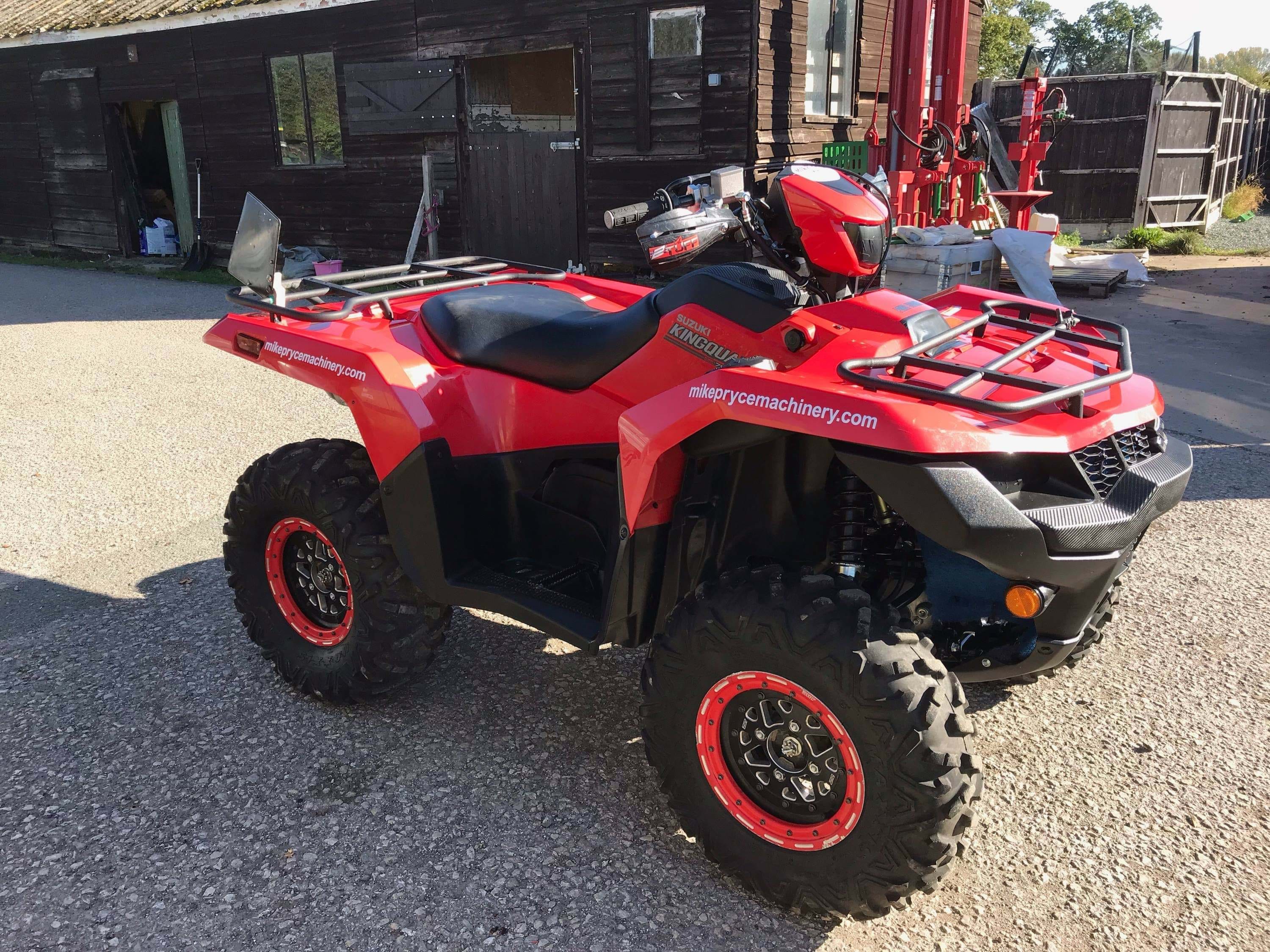