The month of October was a great success for Suzuki ATV! Hayes Machinery had their sponsored rider Mark Williams win the 2019 South West Enduro Championship, and for a second year running ATV Services Scotland Ltd sponsored a KingQuad 500 for the Scottish Young Farmer of the Year, won by Robert Campbell this year.

Mark Williams, who is sponsored by Hayes Machinery, competed in the South West Enduro Championship in the Adult 4x4 Light Class on a KingQuad 750. Comprising of a gruelling nine round series, with the best seven to count for the final result, and 20 riders listed in the championship, Mark achieved an overall win, for the second year in a row!

When asked for a comment, James Hayes, From Hayes Machinery said; “I’m over the moon for Mark winning in the South West Enduro Championship for the second year running and having placed second in the British Championship within the first year of competing. Considering that the quad he is riding is a factory standard farm quad, this speaks volumes. The Suzuki KingQuad 750 might not be the fastest on the circuit, but it definitely is one of the most reliable!”.

Suzuki’s KingQuad 500, one of the most innovative and exciting ATVs to date with its new styling and leading technology, is a result of 30-years of engineering experience, and truly is the King of Quads.

Robert Campbell, this year’s winner of the Young Farmer of the Year, which is an annual competition hosted by The Scottish Association of Young Farmers Clubs (SAYFC) was given a KingQuad 500 for a year as part of his prize.

It is the second time ATV Services Scotland Ltd, based in Ayr, Scotland, has sponsored the event. When speaking to Janis Yuille who is a Director of the dealership, she said “the Young Farmer of the Year competition is one that is close to my heart. Having been a member of the Young Farmers Club myself, we wanted to continue to support the agriculture sector by sponsoring the KingQuad 500 as a prize and being involved in such a prestigious competition which supports our young farmers.”

The Young Farmer of the Year competition consists of four qualifier rounds and has challenges spread across Arable, Dairy, Beef and Sheep and Machinery, and competitors who wanted to compete in the final had to participate in three of those rounds. The final was held on Friday 21st June 2019 at The Royal Highland Show, a show that Suzuki ATV has enjoyed supporting for many years.

Robert Campbell, who is a dairy, beef and sheep farmer in Ayrshire, Scotland, has been an active member of the Crossroads Young Farmer Club for almost half of his life. When asked about the competition he said, “It was a challenge that I really enjoyed. It’s a very distinctive competition which combines both the practical, hands on approach as well as incorporating the academic and theory elements of modern-day agriculture; in both the qualifiers and the final. The Business Challenge encouraged me to think about the bigger picture and assess my own business in a different light. I really would encourage anyone with a strong interest in agriculture to take part next year”.

He continued, “the Suzuki KingQuad 500 is a great asset to my farm. Since it was handed over a couple of weeks ago, I have used it on the farm every day. It’s easy to operate, smooth, rides well and the power steering has made my life easier. Which really stood out in comparison to my previous ATV.”

Robert will be visiting Suzuki at the upcoming LAMMA 2020 Show, as well as many of our Dealers. It is the UK’s leading Agriculture Machinery, Equipment and Technology Show, and a show which Suzuki ATV has supported for many years.

For more information on the Young Farmers of the Year competition visit: www.sayfc.org

To find out more about Suzuki KingQuads visit:

For more information on the LAMMA Show visit: https://www.lammashow.com/ 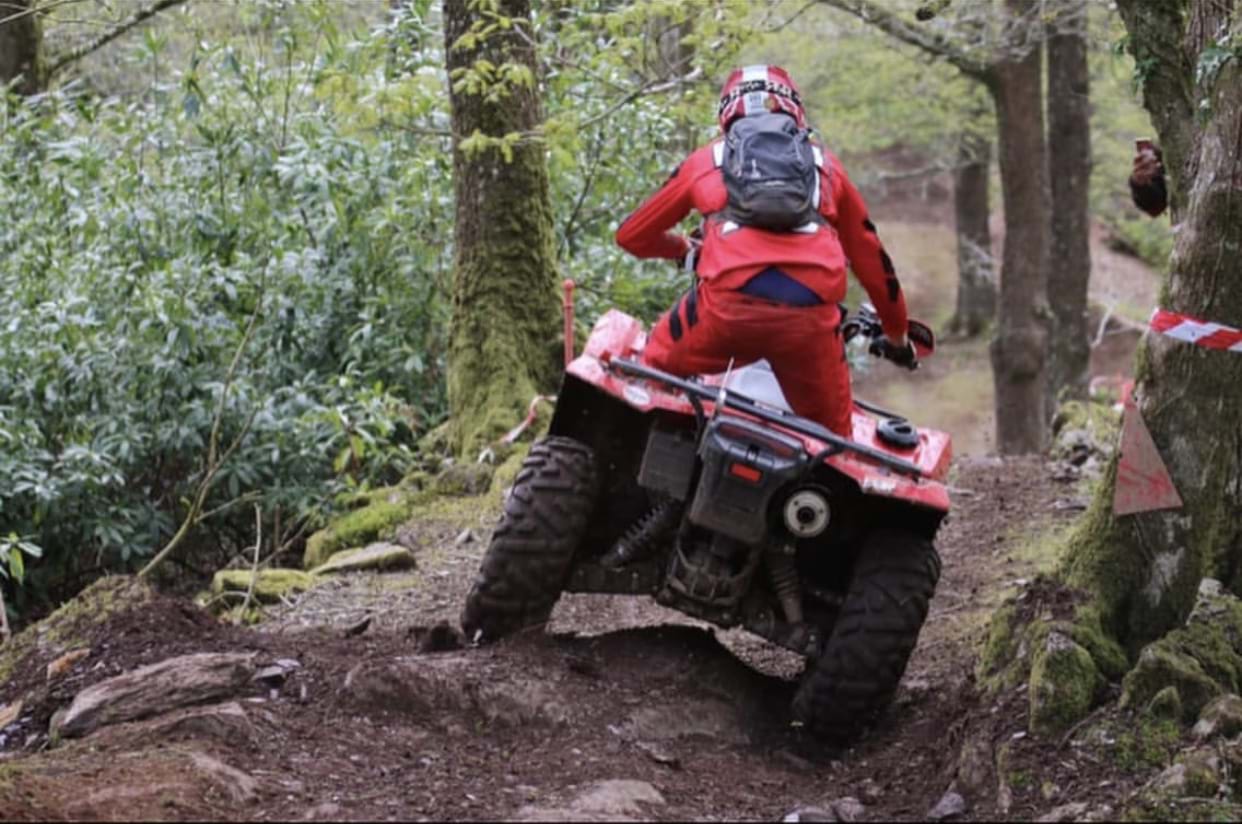 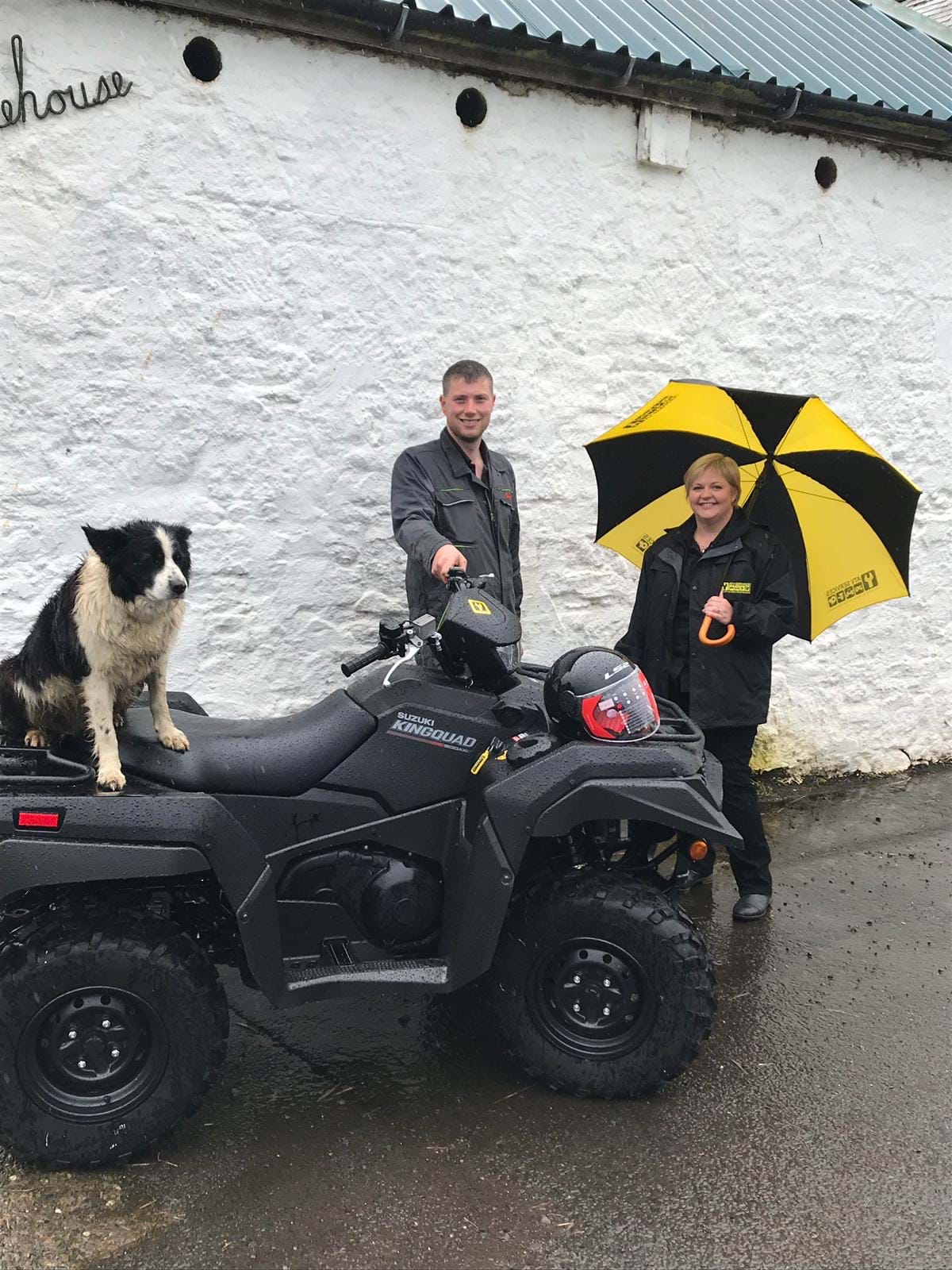